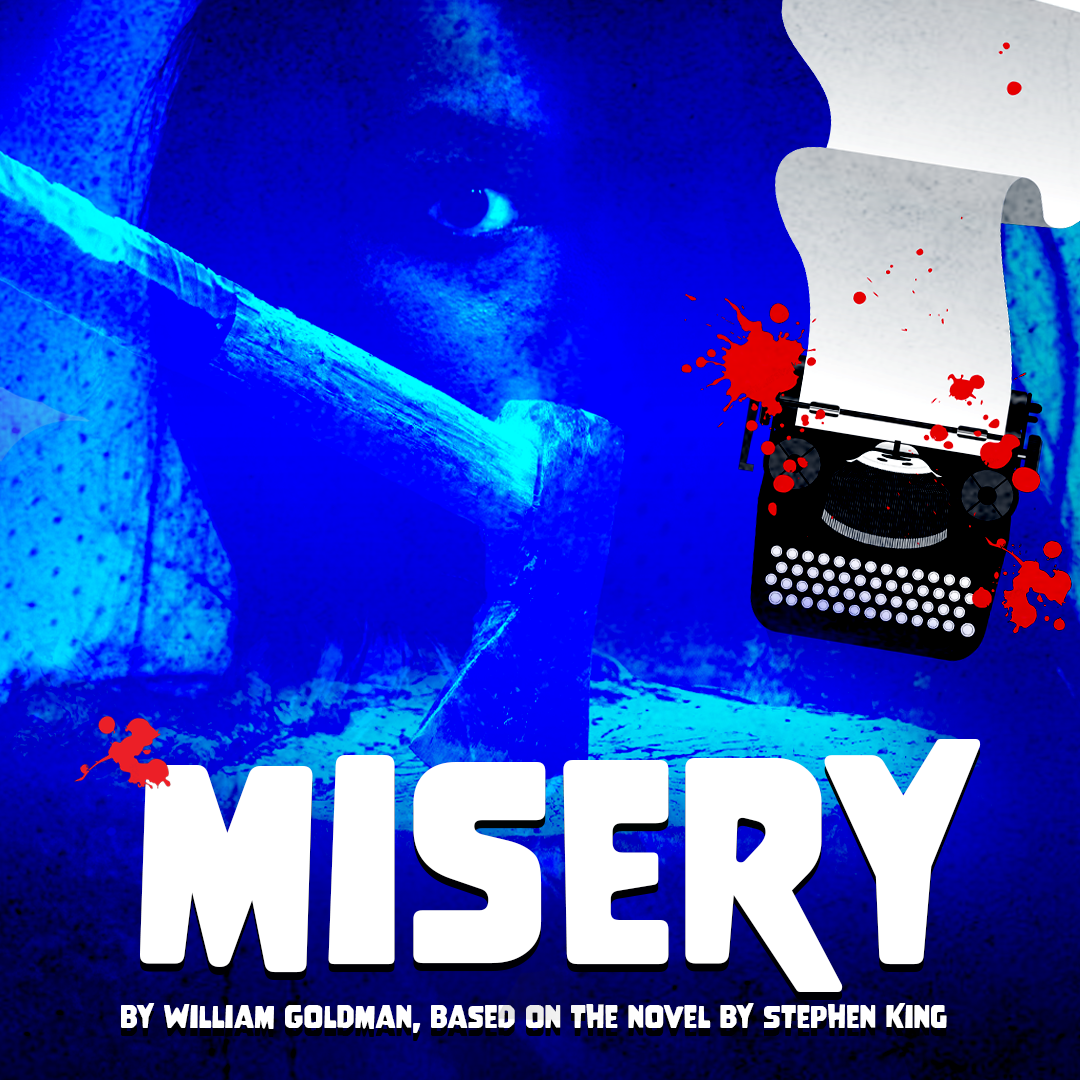 by William Goldman
Based on the novel by Stephen King

Successful romance novelist Paul Sheldon is rescued from a car crash by his “Number One Fan,” Annie Wilkes. While Paul is convalescing in her secluded home, Annie reads the manuscript to his latest novel - and becomes enraged when she discovers that the author has killed off her favourite character, Misery Chastain.

It dawns on Paul that Annie has no intention of letting him leave. Instead, she will force him to write a new Misery novel as if his very life depends on it… and it does.

This show is approximately 2 hours, including an intermission.
Misery is recommended for ages 12 and up; parently discretion is advised.  This show contains adult content and language, simulated violence and gunshots, and smoke

“There are no lulls in famed screenwriter William Goldman’s 90-minute stage adaptation of the Stephen King story, which Goldman himself translated into the 1990 film… Exposition that took a dozen pages in paperback and at least several minutes on screen plays out… faster than snow piling up in a Colorado blizzard.” —NBC New York.