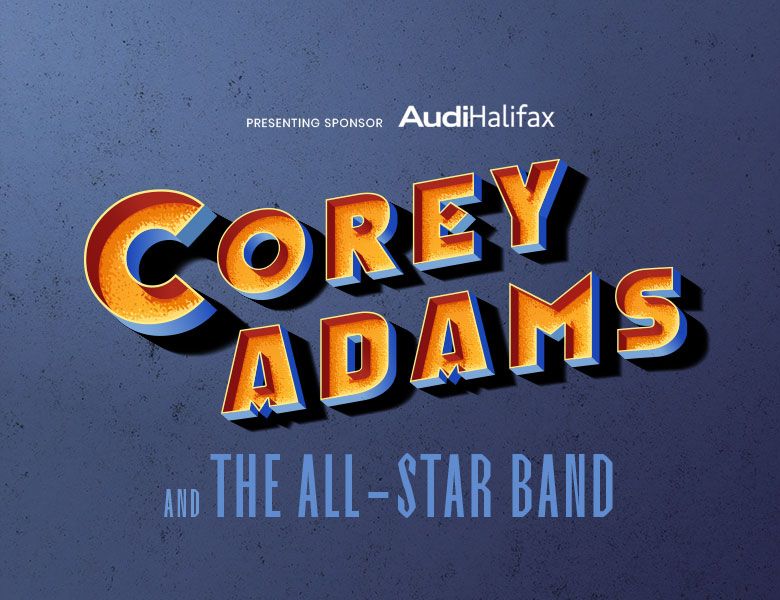 Corey Adams and The All-Star Band

The Neptune Reunited Concert Series is designed to bring you back to Neptune Theatre with hope in your heart and send you home remembering just what the magic of LIVE performance can do for your spirit.

We promise you a series of delightful musical adventures.

Corey Adams and the All-Star Band will raise the temperature and get everyone dancing in their seats with an exhilarating evening of jazz, rhythm and blues.  With his rich, deep, smooth soul-full tone,   Corey is known as a performer whose microphone is an extension of his musical passion that leaves his listeners feeling that they have been personally serenaded.

Corey is joined by an incredible band of all stars in their own right! The incomparable jazz pianist Holly Arsenault, wind wizard (sax player) Chris Mitchell, king of the big base Jamie Gatti, and renowned jazz drummer Ian O’Donnell.

Separately they are all gifted, together they are unforgettable! Sit back and enjoy as this wonderful group transports you to simpler times.

We've teamed up with the Residence Inn Marriott to offer you an exclusive Reunited hotel package! Learn more here.