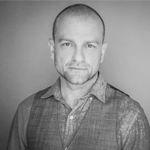 Ben Clost has been teaching and acting all over Canada and abroad since 2003. He has had a varied career which has taken him from a US tour of The Lion King to performing for small audiences in Nunavut. All along the way, he has had the opportunity to learn and teach in the communities he has been immersed in. Based out of Toronto for 18 years, Ben taught Clown at George Brown College’s Theatre Arts department, co-founded a company of actors who teach Shakespeare and public speaking to new immigrants at the City Adult Learning Centre, and participated in songwriting workshops with at-risk youth. His work with both children and adults from a variety of different backgrounds continues to be an asset and he is very excited to offer his expertise to the arts community in his new home, Halifax.

Ms. Dawson is well known in both the professional theatre 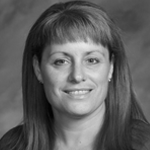 and classical worlds across Eastern Canada in particular as an accomplished vocalist, pianist, music director, teacher, and choral director. Over her thirty-plus year career to date, she has worked in an array of disciplines, including in theatres across the Atlantic Provinces and Ontario as an actor, singer, and dancer, director, music director, pit musician (piano and keyboards), and accompanist. On the international stage she has worked as a piano bar performer; in several schools, conservatory programs, and universities as a singing and choral teacher. In her very active private studio, Ms. Dawson has worked with many students who have graduated to careers of their own both on the national and international stage in both musical theatre and opera. Her history with Neptune both on the professional level and with YPCo dates back to the early 90s; she now works with many of her former private students as professionals themselves! These days, she spends her time teaching music, theatre, and choral singing to high school students as well as teaching in the Prep Program and acting as regular audition accompanist at Neptune Theatre, while still working in the professional ranks as an MD and pit musician. 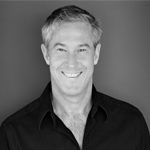 n The  Sound of Music (Mirvish Productions); Lank in Crazy For You;  Joseph and The Amazing Technicolour Dreamcoat with Donny Osmond, three seasons with the Charlottetown Festival, and numerous others. Selected teaching credits include: The Edmonton School of Ballet, The Alberta Ballet School, Metro Movement Toronto, Sheridan College, George Brown College, Charlottetown Festival Young Company, The Young Canadians, The Maritime Conservatory, Dubo Force Mexico, and numerous others. Past choreography credits include; Fiddler on the Roof and Shout the Mod Musical (The Capitol Theatre Port Hope);  Once Upon a Mattress, West Side Story, and Gypsy (Sheridan College) International Star Search, the Mary Kay Awards, and numerous revues for the Harold Green Jewish Theatre. Stephen recently relocated to the South Shore of Nova Scotia but continues to work across the country. He is a level E graduate of Second City, has worked on various film and television shows, and was on the casting team for Mirvish Productions’ Wizard of Oz. Upcoming, choreographer for Guys and Dolls (The Capitol Theatre in Port Hope). 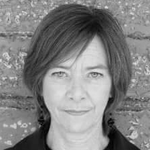 Mary Lou is an arts educator, choreographer and theatre director who has worked out of Halifax, Nova Scotia for nearly 40 years. As a dance teacher, she has been teaching Ballet and Musical Theatre at Halifax Dance since 1981. She has served in many capacities for the organization including Co-Artistic Director, director of numerous fundraisers and most recently was Resident Choreographer for the Viennese Opera Ball.

As a theatre director, Mary Lou was the Artistic Director for the Chester Playhouse Summer Theatre Festival for 10 years. During her time there she gave many Nova Scotian actors their professional debuts and garnered many nominations for Merritt Awards for outstanding director, choreographer, production, musical direction and actors. 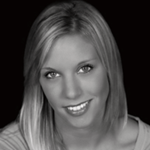 Ms. Mitro is an established professional dancer, choreographer and dance teacher based in Halifax, Nova Scotia. Ms. Mitro is a proud graduate of Ryerson University touting a BFA Degree (Theatre Performance Dance). She has also completed her RAD and BATD Highland examinations with impressive notability.

She is a graduate of the Decidedly Jazz Danceworks Pre-Professional Program and has performed for numerous dance companies across Canada from coast to coast. Ms. Mitro has had the privilege of working with numerous well-known North American choreographers both as a company dancer and for commercial dance projects.

Ms. Mitro is the co-founder of Votive Dance, Halifax’s professional modern, contemporary, and jazz dance company. An active and thriving company, Votive Dance performs across Canada in a variety of touring shows and festivals. As a sought out choreographer, Ms. Mitro’s work has been showcased by a plethora of dance companies, pre-professional/professional performance groups, arts schools, and dance festivals. She has also been the recipient of numerous awards for her choreographic and artistic visions. Through her dedication and perseverance, Ms. Mitro has become a reliable role model to everyone she teaches within the dance community. She continues to encourage, support, and inspire emerging artists to achieve their fullest technical and artistic potential and wishes every student the best in their artistic journey.