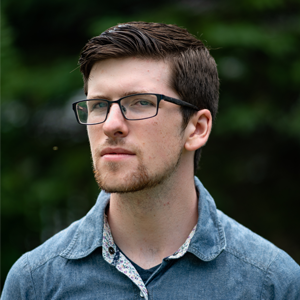 I am an emerging Stage Manager, Sound Designer, and current Technical Theatre student at Dalhousie University. Over the past year, I have had the pleasure of working on Theatre Baddeck's productions of Dancing On The Elephant and The Ladies Foursome , as well as Fountain School of Performing Arts' productions of Don Juan Comes Back From The War and The Secret in the Wings .

Having found my love of theatre growing up in Saint John, New Brunswick, Halifax has given me the chance to explore that love. In particular, I am looking forward to expanding my skills and knowledge as a sound designer, and am so excited and honoured to start learning from professionals in the field. Thank you to Neptune Theatre and Annie Valentina for this amazing opportunity!

Anna Shepard is a multidisciplinary artist based in Halifax. As a director, she is particularly interested in work that is viscerally engaging, investigates the complexities of its characters, and harnesses the social and political voice inherent to live performance. Shepard is a recent graduate of the drama program at Mount Allison University, where she directed This Is For You, Anna , using the production as a case study into feminist theatre methods and the process of re-devising a text to best serve the community in which it is presented. She has assistant directed for Mike Griffin ( The Curse of the House of Atreus , CYPT), and Ann-Marie Kerr / Anthony Black ( One Discordant Violin , 2b theatre company). Shepard was the 2017-18 Emerging-Artist-In-Residence at 2b theatre company and recently trained with Ghost River Theatre in Calgary as part of their National Devised Theatre Intensive.

Shepard is also a lighting and projection designer, with select credits including: Less + More (Secret Theatre), One Discordant Violin (Co- lighting, 2b theatre company, nominated for 2018 TNS Merritt Award for Outstanding Lighting Design), Miss N Me (Co- projection, Eastern Front Theatre), and Tiny (Video design, Zuppa Theatre). Shepard is ¼ of the New Pants Project, with whom she is designing the August 2019 production of How The Light Lies (On You) . 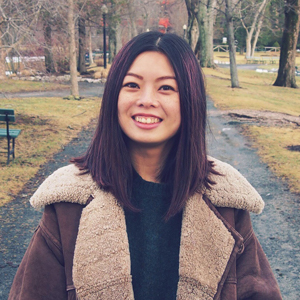 Carmen is originally from Hong Kong and graduated with First Class Honours in Arts, Events and Stage Management from The Hong Kong Academy for Performing Arts. Carmen was a freelancer as a stage manager in Hong Kong for years. Then she was Project Manager for MEI Live Limited, which is the leading producer of children’s character-based live shows in the Asia Pacific, Middle East and European markets. She was also the company manager, bringing the shows to the Philippines, Singapore and Indonesia.

Carmen loves travelling. She moved to Galway, Ireland with her husband Roland for a year of theatre and arts festival apprenticeship, and later spent four years in Canada. They unexpectedly relocated to Halifax, Nova Scotia as their new home because of the welcoming theatre community here in 2015. Carmen and Roland founded their own theatre company, called Theatre du Poulet (www.theatredupoulet.com). Theatre du Poulet is a non-profit organization based in Halifax, with a specialization in puppetry, mask performance and physical theatre. Their first production, The Extinction of Hong Kongers , won the Theatre Centre Emerging Artist Award and was nominated for Best Set Design in the Toronto Summerworks Festival 2018.

Huge thank you to Neptune Theatre for this opportunity! 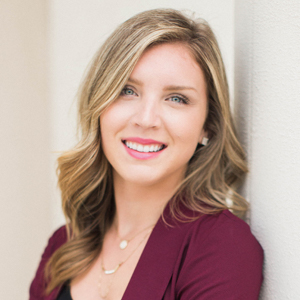 Cynthia, a native of Sydney, Nova Scotia started dancing at the age of 5 and now has 20 years of experience in many forms of dance including ballet, jazz, contemporary, tap, and musical theatre. While training with the Cape Breton School of the Arts, Cynthia had the opportunity to study under the A.D.A.P.T Dance Syllabus (Associated Dance Arts for Professional Teachers) and worked closely with Canadian dance legends Brian and Faye Foley.

In her teen years, Cynthia travelled to Spain with the Candance National Dance Team and then furthered her studies taking programming at Toronto Dance Theatre and Broadway Dance Centre. Vokey also is a certified dance instructor and educator through the Associated Dance Arts for Professional Teachers syllabus where she received training in tap, jazz and ballet.

She continues to teach locally in Cape Breton for dance schools, has been a guest teacher for dance studios across the province, choreographs many shows for The Savoy Theatre in Glace Bay, Nova Scotia and is the Resident Choreographer at the Highland Arts Theatre in Sydney, Nova Scotia.  Vokey is also a certified Barre Instructor and teaches for Breathing Space Yoga Studio.

In addition to her dance background, Cynthia also holds a Bachelor of Arts Community Studies and Bachelor of Business Administration degrees from Cape Breton University. She is currently enrolled in a Master of Business Administration with a specialization in Leadership program at Dalhousie University in Halifax and works as the Manager of Domestic Enrolment with Cape Breton University.

Cynthia is thrilled to be a part of the Chrysalis Project at Neptune Theatre and to work, grow and learn from some incredibly talented artists. Many thanks to Neptune Theatre for this wonderful opportunity. 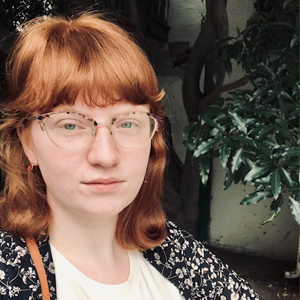 Julia Schultz is a come-from-away who found a home in Halifax. She graduated Dalhousie in 2018 with a double major in Theatre and English. Julia is ⅓ of steady theatre collective with whom she directed Macbeth at the Halifax citadel in February 2019.  She is ¼ of the New Pants Project with whom she is devising a new play about modernist painter and poet Florine Stettheimer to be staged August 2019.

As a theatre maker she prioritizes the dignity of the individual, a sense of play, and authenticity. Her interests include flowers, light, packing bags, taking off coats, recounting, pastel highlighters, unpacking bags, and ghosts. 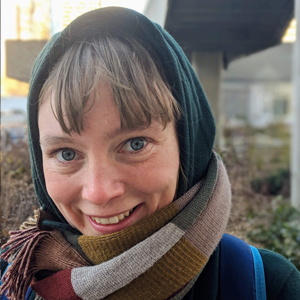 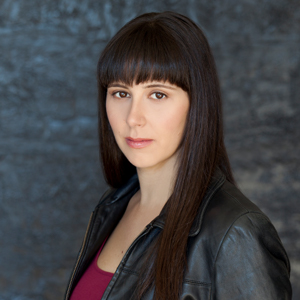 Michelle Langille is an actor/director born in Antigonish, raised all over this beautiful province, who is immensely grateful to call Halifax home again after a decade in Toronto.  Michelle studied Musical Theatre at the Canadian College of Performing Arts in Victoria and then Classical Theatre at George Brown College in Toronto. She got her professional start in musicals right here at Neptune in The Sound of Music , Oliver! , Evita , The Wizard of Oz and Beauty and the Beast .

As a director, Michelle recently assisted on the world premiere of Lo (or Dear Mr. Wells), a Nightwood Theatre production at Crows Theatre, which had its regional premiere at Neptune last season. She also directed The Penelopiad at Hart House Theatre this past fall which garnered a number of Subscriber Choice awards including awards for lighting, set, overall design, favourite supporting actor and favourite director. Most recently, Michelle Assistant Directed She Kills Monsters for the Neptune Theatre School’s YPCo. This was a very full-circle experience, having gotten her first taste of theatre in the same program when she was a teenager. She was a member of Nightwood Theatre’s Write from the Hip Playwright’s unit (2016/2017) with her play Ten Days and spent a year as part of Generator’s Artist Producer Training Program (2016/2017).

Michelle last appeared on stage in the Halifax Fringe with Amblemore Collective’s A Man Walks Into a Bar .  She is a founding member of Theatre Inamorata, a company focused on women’s stories and voices. Michelle is also a Burlesque performer who performs as Honey de Mele. Michelle is honoured and excited to be a part of this year’s Chrysalis Project with Neptune. 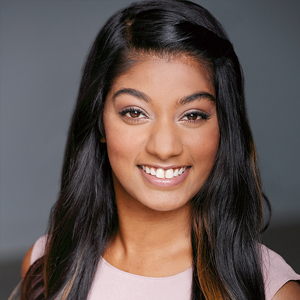 Natasha is a Toronto based artist who was raised in King’s Lynn, England and Regina, Sk. She grew up as a competitive dancer who has competed all over Canada and the U.S, and also had a passion for theatre. She went on to go to and graduate from, the Randolph College of Performing Arts in Toronto. Since then, Natasha has performed across Canada with many amazing theatre companies as well as discovering a love of teaching, choreographing and directing along the way. She is so grateful for the opportunity to learn more about her craft through the Chrysalis Project. Thank you to Neptune Theatre for creating such a wonderful outlet for artists to learn and grow, to her agents at daCosta Talent, the Strilchuk family and Josh and Indy. 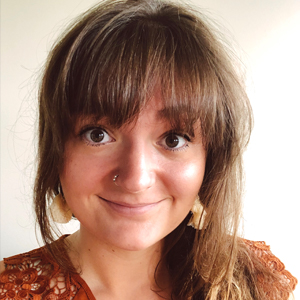 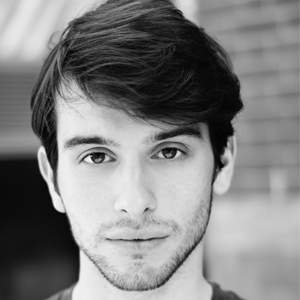 Shane O’Regan is a Pianist/Instructor/Musical Director based in Toronto. Originally from Halifax, Shane studied piano with Paul Simons and Oksana Zotova at the Maritime Conservatory of Performing Arts. He is a graduate of both the Randolph College for the Performing Arts in Toronto and the Royal Conservatoire of Scotland’s MA Musical Theatre Performance program in Glasgow. Recent work on the piano includes The Incredible Adventures of Mary Jane Mosquito (Carousel Players), Pianist for We Will Rock You (Starvox Entertainment), Musical Director for We Will Rock You , PianoMan (Stephenville Theatre Festival), Pianist for Guillermo del Toro: At Home with Monsters (Art Gallery of Ontario), Arranger/Pianist for Andrée Bernard’s House on Fire (Union Theatre, London, UK), Resident Pianist at Joe Allen Restaurant (London, UK), Vocal Arranger for COLLABRO (Winners of Britain's Got Talent 2014). Shane has worked as an Instructor/Musical Director for the Randolph Kids program, the Musical Stage Co., the Bravo Academy for the Performing Arts, and spent a year as Manager of the Bella Rose Arts Centre in Halifax. 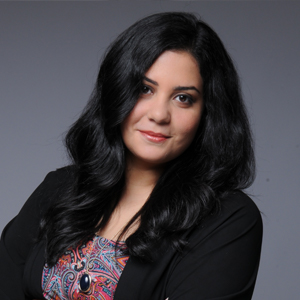 I am a Fashion and Costume designer, I was a part of the fashion industry in Egypt, created Fidele studio a fashion brand in 2014, worked in performing art theatre for few years and styled TV shows as well. I got my AEC in costume designs from Collage LaSalle in Montreal, where I also worked and assisted designers on theatre shows and costume preparations.

I love the creative world of costume and wardrobe styling, it helps the story makers' visions comes to reality.