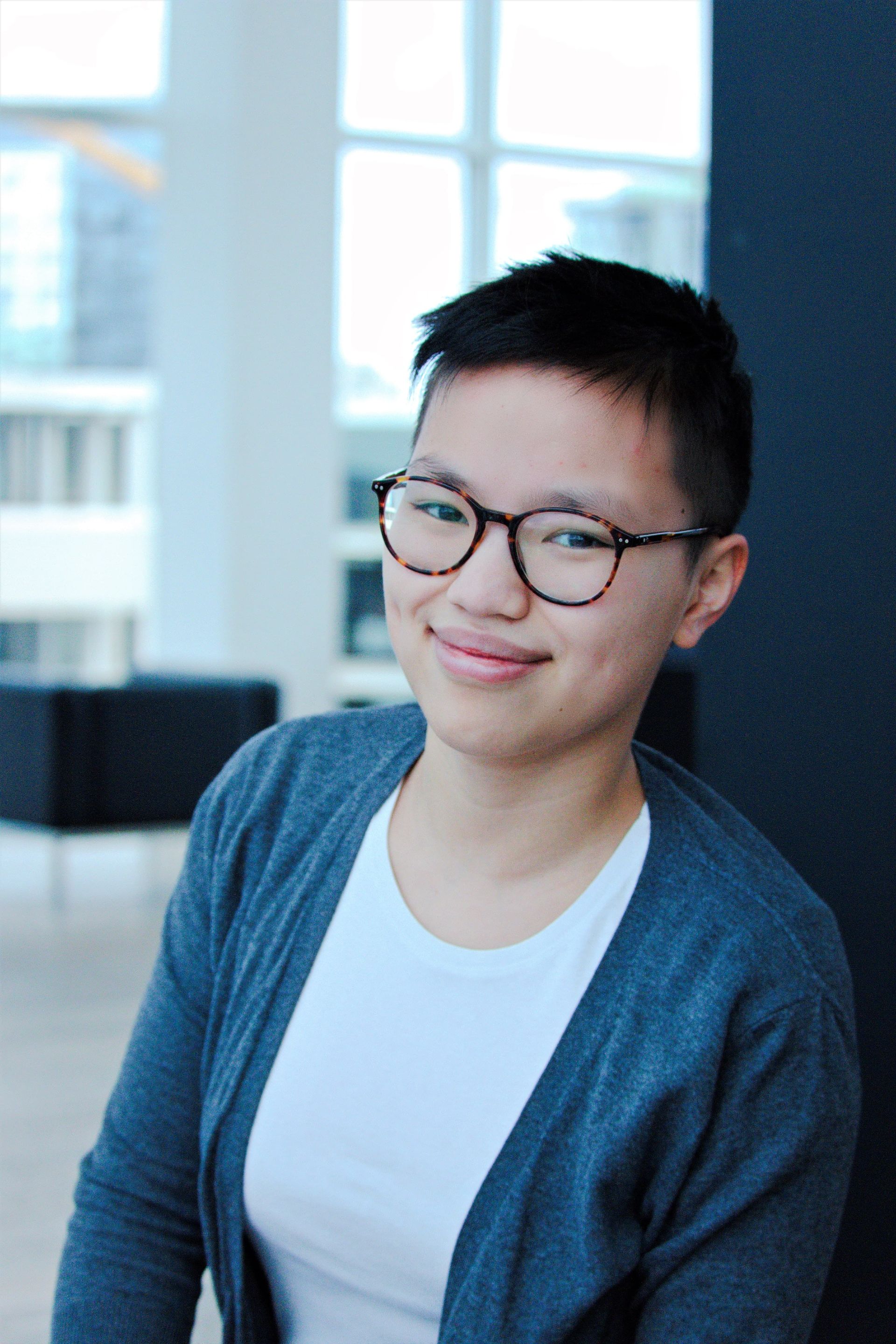 Nic is a Halifax and Toronto based multidisciplinary artist. They are a soon to be graduate of the technical theatre & design BFA program at X University (Toronto). Growing up with a strong musical education, Nic quicky found interest in the world of theatre and film. Now, after spending years behind the scenes as a technician, Nic is excited to be going back to their roots and making the leap into the pit.

As a musician: Spring Awakening (Music Director/Keys), Newsies (Keys 2) and How to Succeed… (Perc.)

Thanks to Avery-Jean and all those at Neptune for being awesome people and allowing me this opportunity to join the Chrysalis project! 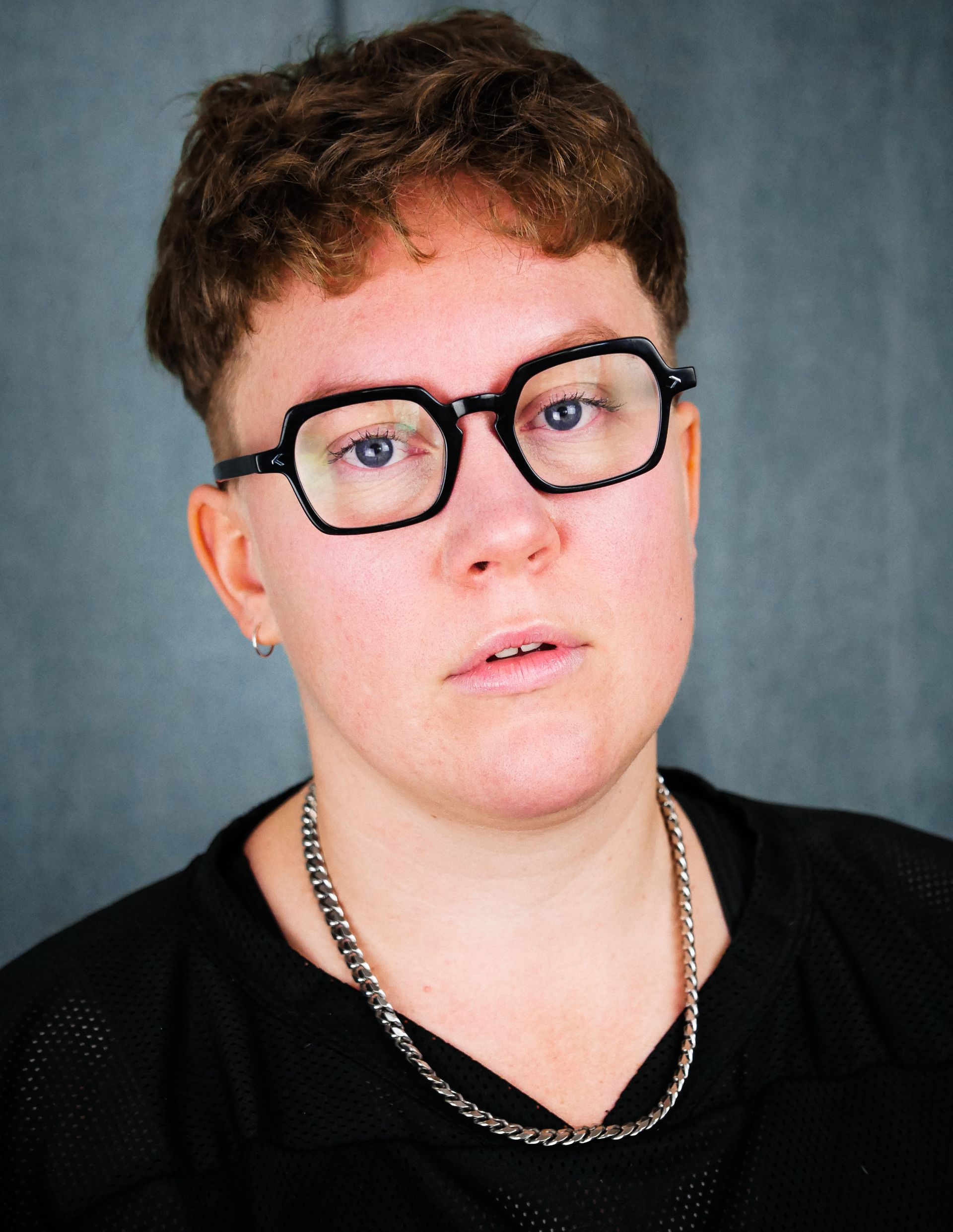 Lou Campbell (they/them) is a performance artist based in Kjipuktuk/Halifax. They began as a performer, but now their practice traverses a wide range of disciplines including poetry, sound art, improv, comedy and collective creation. Collaboration is at the heart of their practice, they co-run an interprovincial collective between Toronto and Halifax called Probably Theatre. Recent past credits include: Angel in Fat Juliet at Eastern Front Theatre, This Inescapable City at The Halifax Fringe Festival and Eventide presented as part of 50 Things by Zuppa Theatre and the Ecology Action Centre. Upcoming work: PRUDE at Stages Festival presented by Eastern Front Theatre. PRUDE is a blend of drag, stand-up comedy and clown, and explores the complexities of asexual identity. 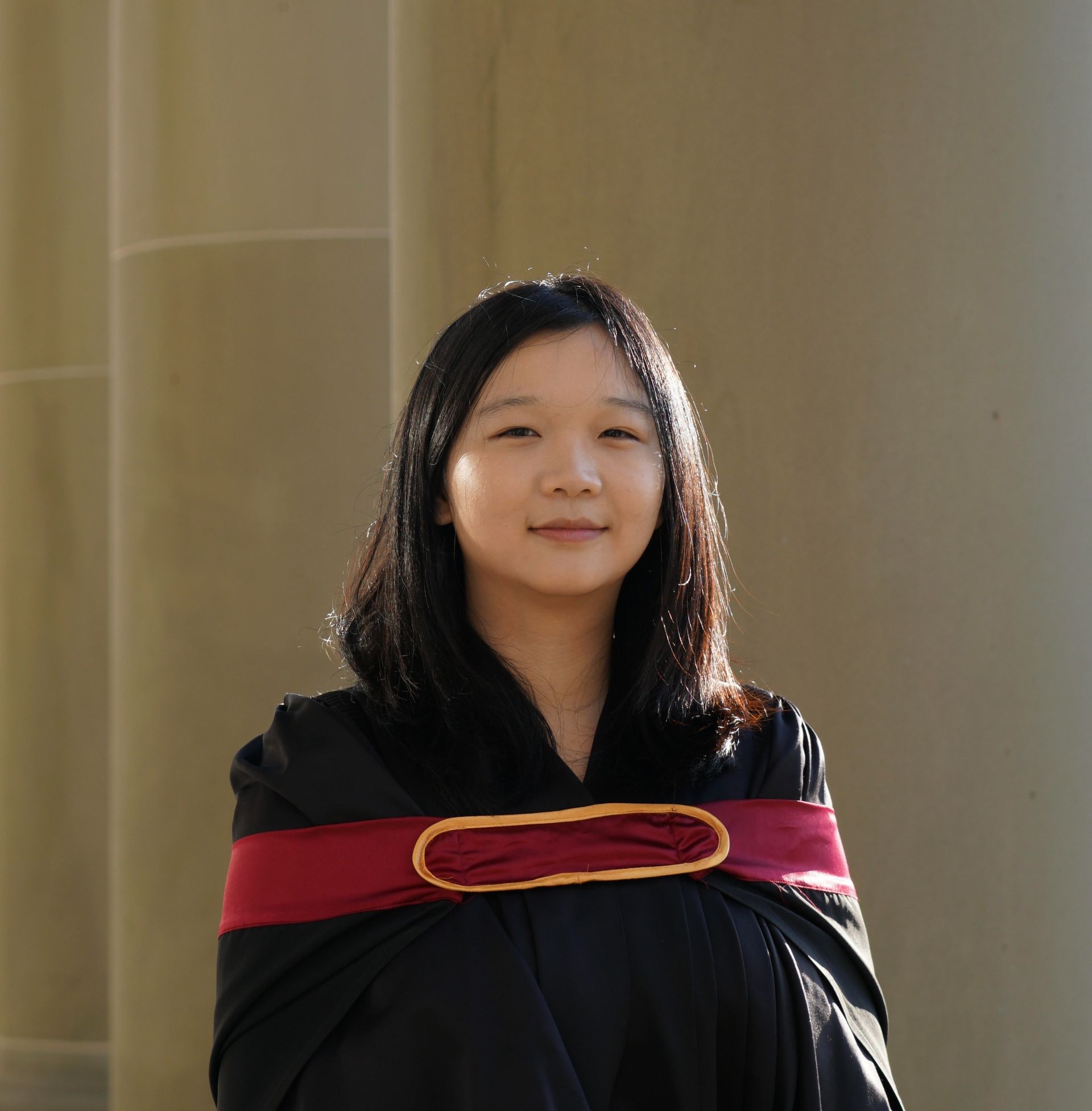 Frisia 李昕怿 (she/her) is a photographer and an emerging young theatre artist living and working in Halifax/Kjipuktuk. She is a creator, director and performer. Born and raised in Chongqing, China, her most recent work Dear World (2020) is an ode to her multicultural background and extensive travelling experience (before COVID-19). She recently finished her BA at Mount Allison University and continues to dedicate her work in global connection and telling the stories of those who lost their voice. 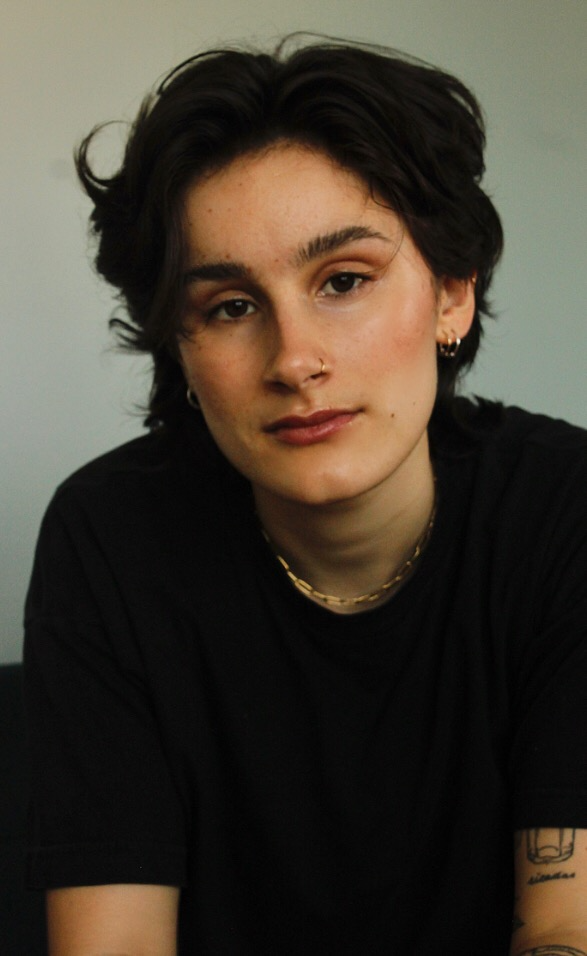 Katie Clarke is a playwright, filmmaker, and poet, and a settler in Kjipuktuk. They use their artistic practice as a site for critical thought, community, and difficult dialogue. Katie has been writing and directing plays since 2018. In 2020, Katie was the recipient of an Art Apart grant from the National Theatre School, with which they created a film-based documentary theatre production about loneliness and community care. Their short documentary film “Lovers: an ode to queer connection in pandemic times” (2021) won best LGBTQ Short at the Paris International Short Festival and was a semi-finalist at festivals in Vancouver, London, and Vienna. Alongside “Lovers,” they directed a music video for T. Thomason’s cover of Lovers in a Dangerous Time, which is nominated for Best Director by the East Coast Music Association. Katie’s new one-person play, "can you remember how we got here?" premieres at OutFest at the Bus Stop Theatre in April. 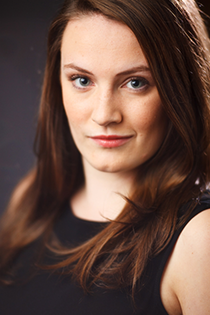 Rebecca Wolfe (she/her) is an emerging theatre maker in Kjipuktuk. She is an actor, freelance producer, arts educator and writer. Specializing in physical and devised theatre, she graduated from Humber College’s Theatre Performance Program in 2019. Recently, she participated in the Media Arts Scholarship at The Centre for Arts Tapes where she produced her first art film, Hands. She is the Artistic Producer of her company Alinea Theatre, which premiered her one act play, Penny. You can find her teaching across the HRM at places such as the MacPhee Centre for Learning, Leica Hardy School of Dance and Halifax Regional Arts. Rebecca has worked behind the scenes with The Villains Theatre, HomeFirst Theatre and Live Art Dance. She has received the NSTT Lieutenant Governor Award, Theatre Nova Scotia Award and won the Eastern Front Theatre’s Ten-Minute Play Writing Contest (2013).

Thank you to my parents for their support and my loving partner Kevin for making sure I’m fed during tech week. 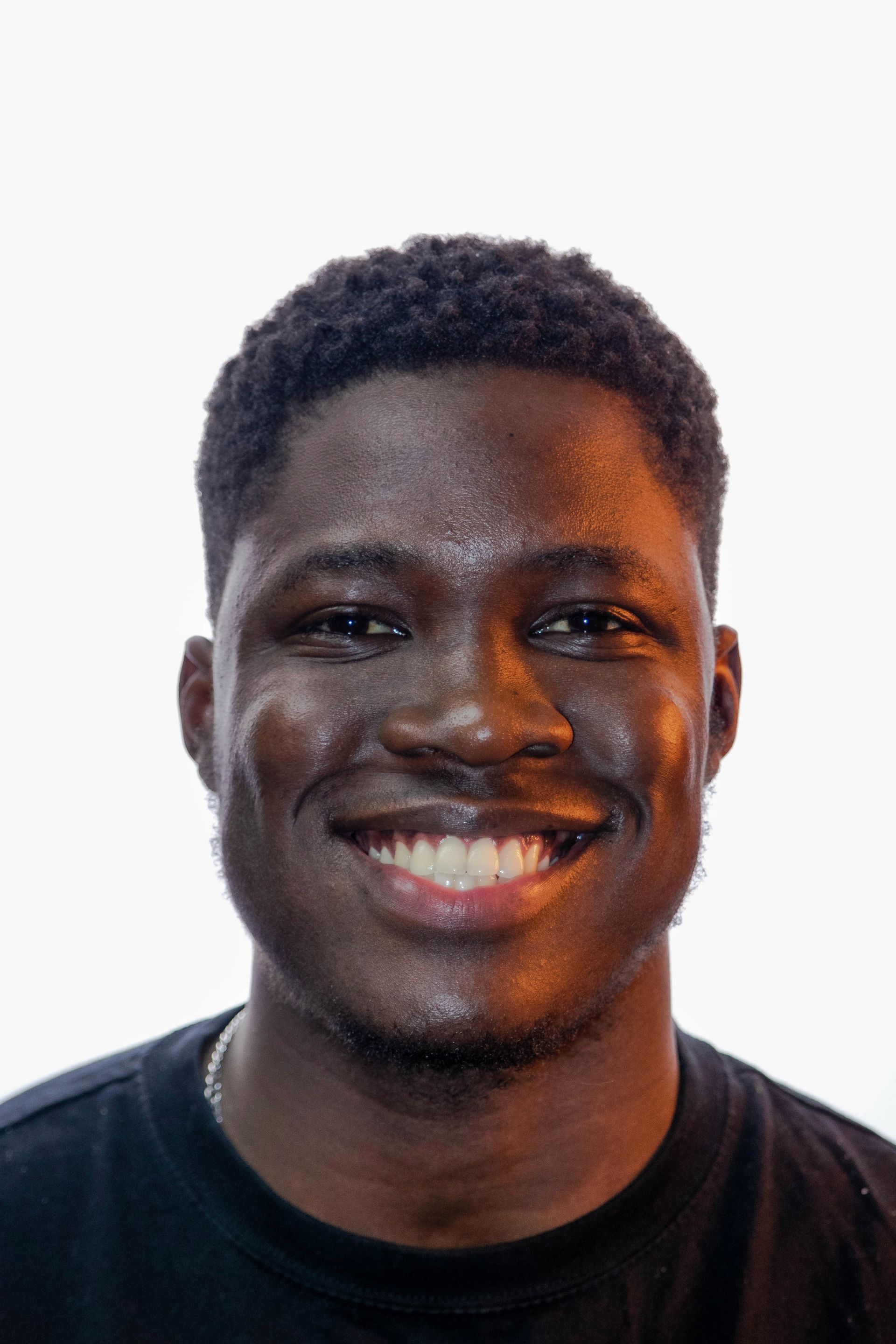 Harmony has been working in film for longer than one would expect, given that he is only 21 years old. He has created numerous music videos and short docs with his work showcased on numerous social media venues, including his own YouTube Channel. He is a filmmaker, actor, and musician, with aspirations to build his craft in order to be a successful artist working in the Nova Scotia Film & Music Industry.

He began his journey in media with his YouTube channel, which he started uploading to while he still lived in South Africa. After moving around for many of his middle school days, he began making music with friends and created the hit song "So Hype" with producer A-Thurst. Once the song blew up around his community, he decided to keep trying to make good songs, since people seemed to enjoy what he was making.

Here in 2021, Harmony is now a Maritime superstar, with accolades such as winning the TD Music Moves Me contest, being picked as one of five filmmakers to create a documentary on Being Black in Halifax with the Halifax Black Film Festival, having that documentary take him to Quebec for the Montreal Black Film Festival, and earning himself prominent placements in pop-up shows all around Halifax. 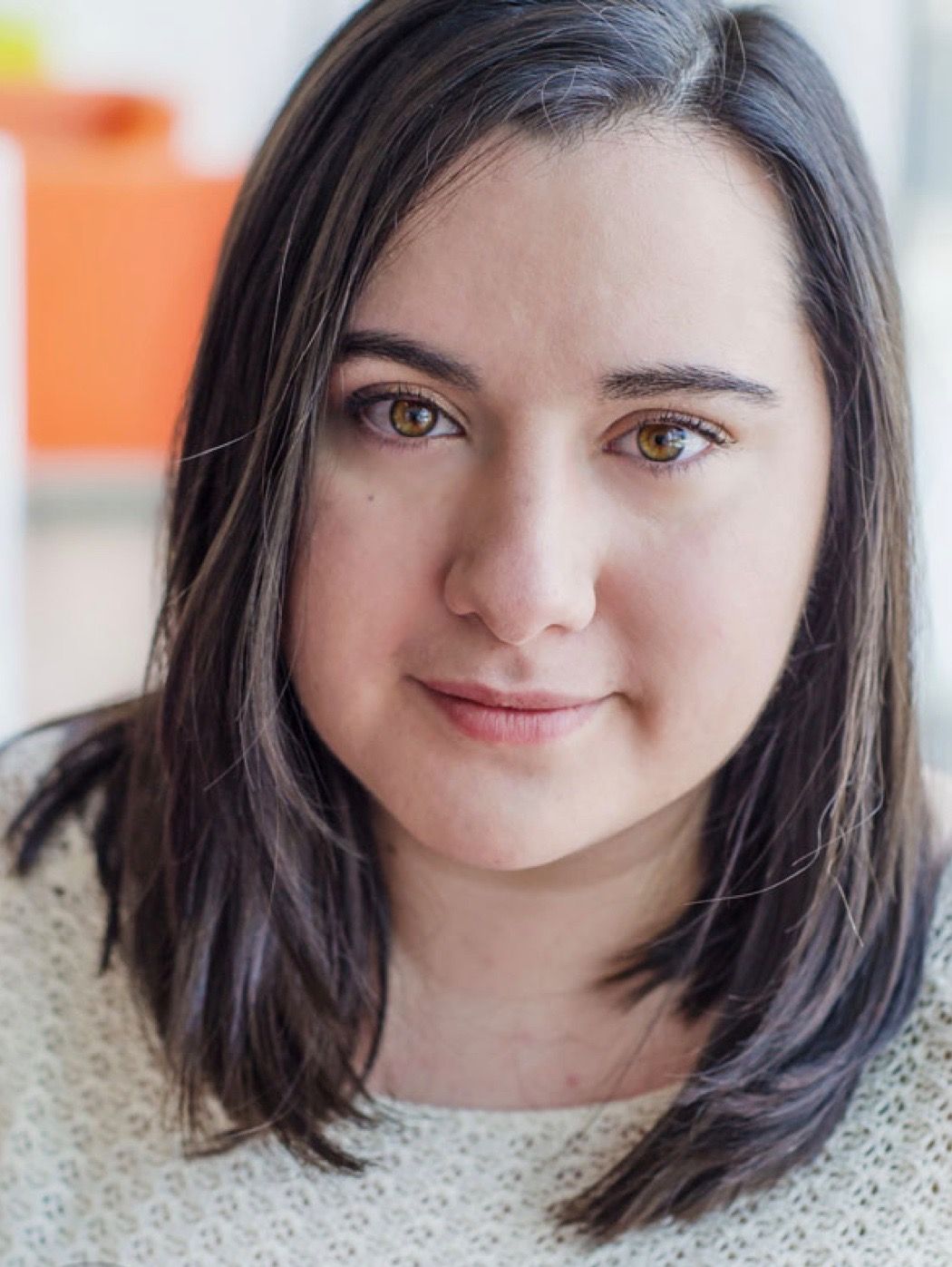 Katerina is a Halifax based actor, playwright, and screenwriter who graduated from Dalhousie University's Fountain School of Performing Art, with Honors in Theatre. She most recently participated in Neptune's RBC Chrysalis Project as a Script Apprentice working with Neptune Theatre's artistic director Jeremy Webb on the script for Alice in Pantoland. Her theatre credits include:  Peter Pan (Neptune Theatre),  Zomblet (The Villains Theatre), Stop Kiss (Whale Song Theatre), Seminar (Kick at the Dark). Her play, Til Death Do Us Part, a slapstick comedy about a wedding gone wrong, will premiere on the Neptune Theatre Scotiabank Studio Stage in 2022, as part of the Open Spaces program at Neptune Theatre.

Thank you to my supportive parents Melody & John, and my loving partner Ben.   https://www.katerinabakolias.com 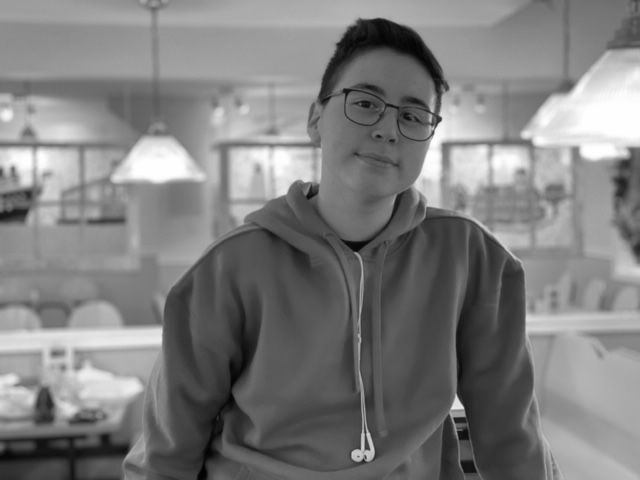 Ethan is an Indigenous artist who was born and raised in Halifax Nova Scotia. He has had the privilege to work with Neptune Theatre as a teacher, assistant director, actor, and now a part of the Chrysalis project. Ethan is a high school graduate of 2020 and has been doing full time work while incorporating theatre as much as he can. His love for theatre branched out to teaching with the Neptune Theatre school for five years. Ethan has acted in Neptune theatre YPCO productions of; My side of the country, A Midsummer Night's Dream, Les Miserable, and assistant directed The Hobbit. Ethan has also acted in the Fringe Festival in the show Penny. He is honoured to be a part of this Chrysalis project.