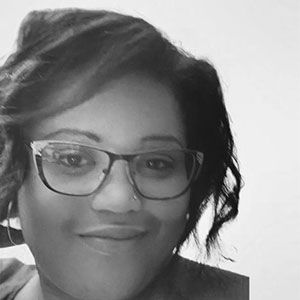 Natasha Thomas is an African Nova Scotian of more than 10 generations ascent, residing in the unceded territory of the Mi’kmaq. Natasha is an emerging playwright, actor, songwriter/composer, puppeteer and current Artistic Director of "The Beyond Imagination Puppet Crew". Combining her love of puppetry, music, and scriptwriting, Natasha curated the Puppet cantata “Freedom Run'' live-streamed and viewed over 1,500 times on the Halifax Public Library website. She is currently writing and composing a sequel to Freedom Runs. Natasha was the artist in residence for the 2020 Shipwright Theater Company Residency where she developed the script “In The Eyes Of The Fire”. In 2020 commissioned by Eastern Front Theater Natasha created and produced the micro digital short film “The Eyes of Nature”, which launched through social media in 2021. Natasha volunteered with Dartmouth Players Theater Company as an Assistant Stage Manager for the show “The Murder Room” which ran from November 10th - 20th , 2022 and was the assistant manager for the LightHouse Theater production of “Hood Habits” which ran from October 20th -30th 2022.

Natasha has appeared in the Charles Taylor Theatre Company productions of “Love Peace and Hair Grease”; “Hood Habits” and the “Viola Desmond story”. Natasha performed at Pier 21, in the Jerry Brown production “Winter Solstice: Souls of Sirens” and appeared in; “Beyond the Veil of the Sorrow Songs'' at the Jack H. Skirball Center for the Performing Arts Stage in New York. Natasha played the role of Addaperle in the 2017 Broadway In the Hood production of, “The Wiz” at the Rebecca Cohn Auditorium. Natasha is a Nova Scotia Community College Music Arts Program graduate looking
forward to seeing her script “In The Eyes Of The Fire” on the stage. 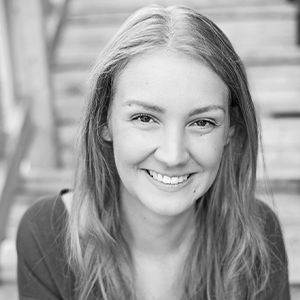 Linda Meian (she/her) is a theatre artist based in Kjipuktuk. Originally from Norway, she moved to Canada in 2014 to pursue a career in theatre. She received her BA w/ Honours in Theatre from Dalhousie University and her certificate as a puppeteer from Mermaid Theatre of Nova Scotia, both in 2019. Since graduating from the Acting Program, she has broadened her experiences in the industry and has grown a passion for more than just acting. In the summer of 2022, she stage managed her first production, COARSE by Sarah Deller (Villains Theatre). She is now working on writing her own play after getting the experience of co-writing and directing an interactive short film, Odds and Ends, for GRINS (Gambling Risk Informed Nova Scotia). She is thrilled to work as a Production Dramaturg in the RBC Chrysalis Program and can't wait to apply this knowledge into future projects. Other theatre credits include: Macro Digitals: Connections (Eastern Front Theatre); First Flight (Two Planks and a Passion); Observatory Mansions (Villains Theatre); Settle Elsewhere (Theatre du Poulet). 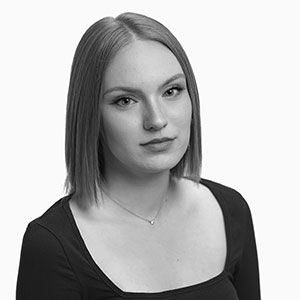 Avery is a fourth-year student at Dalhousie University, completing her degree in Technical Theatre and Stage Design with Honours. Her work on Dalhousie productions includes being the Projection Designer for 7 Stories, the Set & Digital Designer for the devised production The Science of Joy, and the assistant designer on Beyond Windows and Machinal. Most recently, Avery has participated as the Apprentice Set Designer working on Misery and Elf the Musical with the RBC Chrysalis Program. In addition to her work in theatre, this past summer, Avery was selected to collaborate with ten artists, designers, and directors to create a visual story through a multi-media panorama “Toledo” conceptualized by Pamela Howard OBE” presented at World Stage Design 2022 in Calgary. In the future, she hopes to continue to work toward creating visual stories and experiences that break the barriers of art, creativity, and storytelling. Avery looks forward to contributing to projects exposing people to the magic of live entertainment. 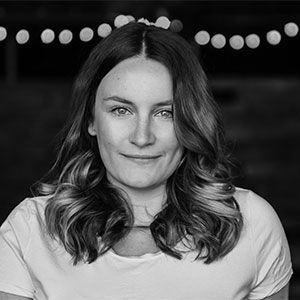 Rebecca Wolfe (she/her) is an emerging theatre maker in Kjipuktuk. She is an actor, freelance producer, arts educator and occasional director. Specializing in physical and devised theatre, she graduated from Humber College’s Theatre Performance Program in 2019. Recently, she participated in the Media Arts Scholarship at The Centre for Arts Tapes where she produced her first art film, Hands. She is the Artistic Producer of her company Alinea Theatre, which premiered her one act play, Penny. You can find her teaching across the HRM at places such as the MacPhee Centre for Learning, Leica Hardy School of Dance and Halifax Regional Arts. Rebecca has worked behind the scenes producing with Shakespeare by the Sea, The Villains Theatre, HomeFirst Theatre, Kick at the Dark Theatre and Live Art Dance. She has received the NSTT Lieutenant Governor Award, Theatre Nova Scotia Award and won the Eastern Front Theatre’s Ten-Minute Play Writing Contest (2013).

Thank you to my parents for their support and my loving partner Kevin for his words of endless encouragement and belief in me. 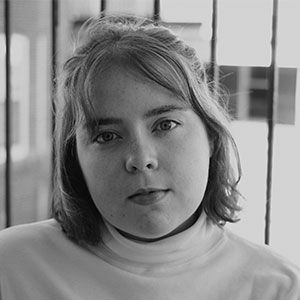 Devon is a multidisciplinary theatre artist from Prince Edward Island. Her love for theatre began with acting, which led her to attend the Fountain School of Performing Arts. After graduating from the Acting Program in 2020, she has since enjoyed exploring and learning more about other theatrical departments. She has most recently completed an internship with the Charlottetown Festival, working with the lighting designers of Tell-Tale Harbor and Anne of Green Gables: The Musical. Devon has also worked with Watermark Theatre as an apprentice stage manager on Educating Rita and The Drawer Boy. Devon also enjoys other creative outlets such as composing music, playwriting, photography, and collaborating with other theatre creators. 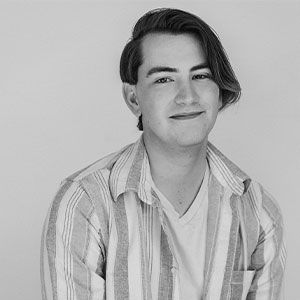 Ryan Wilcox (They/Them) is a nonbinary, neurodivergent theatre creator and settler in Kjipuktuk, colonially known as Halifax. They are a graduate of the National Theatre School of Canada’s Production Design and Technical Arts program where they focused on stage management and lighting and sound design. Since graduating Ryan has taken an interest in arts accessibility both on and off the stage, and they are constantly exploring new models of theatre creation that fosters safe and respectful work environments for everyone. Ryan is grateful for the opportunity to work with the team at Neptune during their diamond season! 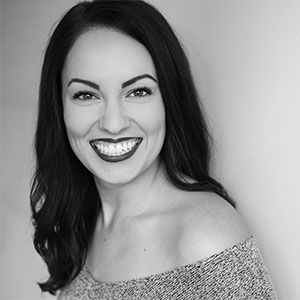 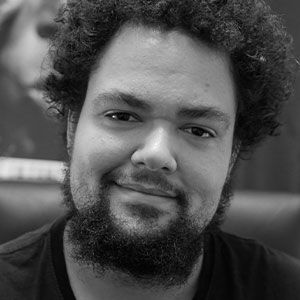 Jackson Fairfax-Perry (he/him) is an African Nova Scotian composer, producer, multi-instrumentalist and sound designer based in Kjipuktuk, Mi’kma’ki (Halifax, Nova Scotia) whose work blends synths, samples, acoustic instruments, and effects in a distinctive approach to creating music. Jackson studied music composition at Dalhousie University, and later worked as composer and sound designer for Keep Good (Theatre) Company’s live production of both Adventures, and Adventures, The Book, as well as Eastern Front Theatre’s sold out production of Stevey Hunter’s Fat Juliet, for which he won the 2022 Robert Merritt Award for Outstanding Sound Design.

He has performed widely in Canada and abroad as a member of award winning indie pop group Hillsburn, and has also performed with artists such as David Myles, Aquakultre, Ben Caplan, and Jerry Granelli, among others. Jackson also produces electronic music as TYNES, and will be releasing his debut album in early 2023. 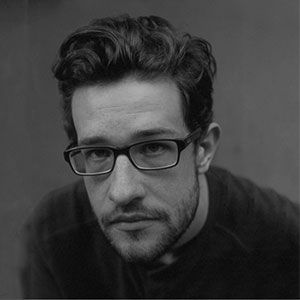 I am an interdisciplinary artist and aspiring teacher based in Kjipuktuk (Halifax). As a visual artist, I have a deep enthusiasm for exploring what arts and culture can offer. I went into the arts because I value providing experiences, sharing valuable stories, and asking worthwhile questions.

I recently obtained my Master of Fine Arts from NSCAD University. My MFA thesis exhibition The Least Nostalgic was held at The Anna Leonowens Gallery in the spring of 2022. The Least Nostalgic explores what it means for artists to be nostalgic through a series of photosensitive gouache paintings, thinking about how space in conjunction with art can be used to push or pull a viewer’s personal experience. I love to work with paint, photography, printmaking, and animation; digital paint and paint from the tube is fantastic, but making my own gouache is elevating. I prioritize making do with what’s available and innovating out of necessity. A memorable moment for me during the pandemic was turning my dining room table into a blanket fort and using it as a recording studio, making foley for my animation project. The Project was called The Mother with a Thousand Faces, an animation depicting the entire history of Earth.

I grew up with Technical Theatre as a high school student in Mohkinstsis (Calgary) and learned everything from set design to stage managing. I consider this time foundational in turning my eye towards collaborative spaces and learning how to provide enriching viewer experiences.I am incredibly thankful to Neptune Theatre and the RBC Chrysalis Project for this opportunity to participate in theatre.